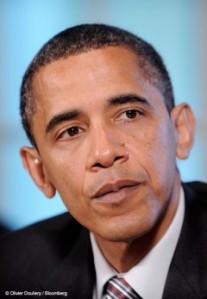 9 hours after US Ambassador Chris Stevens and 3 other Americans were brutally murdered on September 11th by Muslim radicals in Libya, the Embassy issued a statement apologizing to the Islamic thugs who said their feelings were hurt and they were offended over a film mocking Islam’s prophet., which then sparked a riot and the murders of Americans. Some reports say the attacks were coordinated and meant to send a message about the response America delivered after 9/11. The spineless coward Obama, that a day later in a fundraising speech, (apparently the fundraiser was more important), in Nevada on Wednesday evening said,” it was a tough day”. ARE YOU KIDDING ME? This is the same Muslim radical sympathizing, anti-American, anti Israel, wimp that bypassed congress to give the Muslim brotherhood of Egypt 1.5 billion dollars in aid and has also hosted nefarious Muslim radicals in the White House while refusing to meet with Prime Minister Of Israel Benjamin Netanyahu over issues regarding Iran and the safety of Israel. The President swore an oath before God to support and defend the United States of America from ALL enemies foreign and domestic and has done nothing but destroy they very fabric of our country and put us in danger every chance he gets. The Embassy in Egypt was also attacked and the American flag was removed then ripped and burned after being replaced by a black flag. The black flag, which hangs in full view from inside the complex, is adorned with white characters that read, “There is no God but Allah and Mohammed is his messenger,” an emblem often used by Islamic radicals. The Embassies are sovereign American soil and these attacks constitute an attack on America. These attacks are acts of war against the United States of America. Events are still ongoing as of the time of this post.