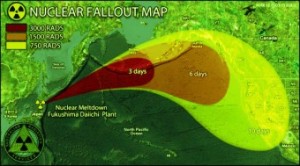 Japan Diplomat: Ground underneath Fukushima Unit 4 is sinking — More than 30 inches in some areas — Now in danger of collapse

Diarrhea like water, snivel, spreading dermatitis, their immune system is being weaken, which is obvious even for amateur. It might be because of simply the lack of nutrition, epidemic disease, or radiation exposure. Probably it’s only in this hazard area, where series of cattle die one after one. We call it Fukushima syndrome, which was born from Tepco and the government.

Why Fukushima Is a Greater Disaster than Chernobyl and a Warning Sign for the U.S.

The radioactive inventory of all the irradiated nuclear fuel stored in spent fuel pools at Fukushima is far greater and even more problematic than the molten cores.

In the aftermath of the world’s worst nuclear power disaster, the news media is just beginning to grasp that the dangers to Japan and the rest of the world posed by the Fukushima-Dai-Ichi site are far from over.   After repeated warnings by former senior Japanese officials, nuclear experts, and now a U.S. Senator, it is sinking in that the irradiated nuclear fuel stored in spent fuel pools amidst the reactor ruins may have far greater potential offsite consequences  than the molten cores.

After visiting the site recently, Senator Ron Wyden (D-OR) wrote to Japan’s ambassador to the U.S. stating that, “loss of containment in any of these pools could result in an even greater release than the initial accident.”

Irradiated nuclear fuel, also called “spent fuel,” is extraordinarily radioactive.  In a matter of seconds, an unprotected human one foot away from a single freshly removed spent fuel assembly would receive a lethal dose of radiation within seconds. As one of the most dangerous materials in the world, spent reactor fuel poses significant long-term risks, requiring isolation in a geological disposal site that can protect the human environment for tens of thousands of years.

It’s almost 26 years since the Chernobyl reactor exploded and caught fire releasing enormous amounts of radioactive debris. The Chernobyl accident revealed the folly of not having an extra barrier of thick concrete and steel surrounding the reactor core that is required for modern plants in the U.S., Japan and elsewhere. The Fukushima Dai-Ichi accident revealed the folly of storing huge amounts of highly radioactive spent fuel in vulnerable pools, high above the ground.

What both accidents have in common is widespread environmental contamination from cesium-137.  With a half-life of 30, years, Cs-137 gives off penetrating radiation, as it decays.  Once in the environment, it mimics potassium as it accumulates in biota and the human food chain for many decades.  When it enters the human body, about 75 percent lodges in muscle tissue, with perhaps the most important muscle being the heart.  Studies of chronic exposure  to Cs-137 among  the people living near Chernobyl show an alarming rate of heart problems, particularly among children.As more information is made available, we now know that the Fukushima Dai-Ichi site is storing 10,833 spent fuel assemblies (SNF) containing roughly 327 million curies of long-lived radioactivity About 132 million curies is cesium-137 or nearly  85 times the amount estimated to have been released at Chernobyl.

The overall problem we face is that nearly all of the spent fuel at the Dai-Ichi site is in vulnerable pools in a high risk/consequence earthquake zone. The urgency of the situation is underscored by the ongoing seismic activity around NE Japan in which 13 earthquakes of magnitude 4.0 – 5.7 have occurred off the NE coast of Honshu in the last 4 days between 4/14 and 4/17.  This has been the norm since the first quake and tsunami hit the site on March 11th of last year. Larger quakes are expected closer to the power plant.

Last week, Tokyo Electric Power Company (TEPCO) revealed plans to remove 2,274 spent fuel assemblies from the damaged reactors that will probably take at least a decade to accomplish. The first priority will be removal of the contents in Pool No. 4. This pool is structurally damaged and contains about 10 times more cesium-137 than released at Chernobyl. Removal of SNF from the No. 4 reactor is optimistically expected to begin at the end of 2013. A significant amount of construction to remove, debris and reinforce the structurally-damaged reactor buildings, especially the fuel- handling areas, will be required.Also, it is not safe to keep 1,882 spent fuel assemblies containing ~57 million curies of long-lived radioactivity, including nearly 15 times more cs-137 than released at Chernobyl  in the elevated pools at reactors 5, 6, and 7, which did not experience melt-downs and explosions.The main reason why there is so much spent fuel at the Da-Ichi site, is that it was supposed to be sent to the Rokkasho reprocessing plant, which has experienced 18 lengthy delays throughout its construction history.  Plutonium and uranium was to be extracted from the spent fuel there, with the plutonium to be used as fuel at the Monju fast reactor.

After several decades and billions of dollars, the United States effectively abandoned the “closed” nuclear fuel cycle 30 years ago for cost and nuclear non-proliferation reasons. Over the past 60 years, the history of fast reactors using plutonium is littered with failures the most recent being the Monju project in Japan. Monju was cancelled in November of last year, dealing a fatal blow to the dream of a “closed” nuclear fuel cycle in Japan.

The stark reality, if TEPCO’s plan is realized, is that nearly all of the spent fuel at the Da-Ichi containing some of the largest concentrations of radioactivity on the planet will remain indefinitely in vulnerable pools. TEPCO wants to store the spent fuel from the damaged reactors in the common pool, and only to resort to dry, cask storage when the common pool’s capacity is exceeded. At this time, the common pool is at 80 percent storage capacity and will require removal of  SNF to make room. TEPCO’s plan is to minimize dry cask storage as much as possible and to rely indefinitely on vulnerable pool storage.  Senator Wyden finds that TEPCO’s plan for remediation carries extraordinary and continuing risk. He sensibly recommends that retrieval of spent fuel in existing on-site spent fuel pools to safer storage in dry casks should be a priority.Given these circumstances, a key goal for the stabilization of the Fukushima-Daichi site is to place all of its spent reactor fuel into dry, hardened storage casks. This will require about 244 additional casks at a cost of about $1 mllion per cask. To accomplish this goal, an international effort is required – something that Senator Ron Wyden (D-OR) has called for. As we have learned, despite the enormous destruction from the earthquake and tsunami at the Dai-Ich Site, the nine dry casks and their contents were unscathed.  This is an important lesson we should not ignore.
—————————————————————————————————————-

NPR shouldn’t trivialize the risk of radioactive tuna from the Fukushima nuclear disaster.

Yesterday, National Public Radio (NPR) ran a story asserting that cesium-137 from the Fukushima nuclear accident found in Bluefish tuna on the west coast of the U.S. is harmless.

It is not advisable to eat Bluefin Tuna. Photo by tokyofoodcast.

It’s not harmless. The Fukushima nuclear accident released about as much cesium-137 as a thermonuclear weapon with the explosive force of 11 million tons of TNT. In the spring of 1954, after the United States exploded nuclear weapons in the Marshall Islands, the Japanese government had to confiscate about 4 million pounds of contaminated fish.

Radiation from Fukushima spread far and wide. Like American hydrogen bomb testing, the Fukushima nuclear accident deposited cesium-137 over 600,000 square-miles of the Pacific, as well as the Northern Hemisphere and Europe. With a half-life of 30 years, cesium-137 is taken up in the meat of the tuna as if it were potassium, indicating that the metabolism holds on to it.According to a previously secret 1955 memo from the U.S. Atomic Energy Commission regarding concerns of the British government over contaminated tuna, “dissipation of radioactive fall-out in ocean waters is not a gradual spreading out of the activity from the region with the highest concentration to uncontaminated regions, but that in all probability the process results in scattered pockets and streams of higher radioactive materials in the Pacific. We can speculate that tuna which now show radioactivity from ingested materials have been living, in or have passed through, such pockets; or have been feeding on plant and animal life which has been exposed in those areas.”

In 2001, the U.S. Agency for Toxic Substances Disease Registry noted that “…concentrations of cesium within muscle tissue are somewhat higher than the whole-body average. Cesium has been shown to cross the placental barrier of animals...”

There are several reasons why it’s not advisable to eat Bluefin tuna:

If NPR had been around in the 1950’s, would it also have trivialized the impacts of open-air hydrogen bomb testing?