Following the horrific Connecticut school massacre that left 28 people dead this morning, Twitter began trending with people blaming the National Rifle Association (NRA) and the 2nd Amendment — and not the person with free will who committed the atrocity — for the tragedy.

Some people went so far as to openly call for the murder of NRA President David Keene and any NRA supporters.

Calls also came to do away with the 2nd Amendment and for stricter gun control laws, regardless of the fact that gun control has actually been shown to increase crime and the shooter was obviously not following any laws at all when he entered a school and opened fire.

In addition, Connecticut has some of the strictest gun laws in the nation. The state is actually listed as 5th in the nation for gun control laws according to the Brady Campaign to Prevent Violence.

As Infowars has reported before, when our forefathers penned the Constitution, the purpose of the 2nd Amendment was made perfectly clear:

A well regulated Militia, being necessary to the security of a free State, the right of the people to keep and bear Arms, shall not be infringed.

The 2nd Amendment is “necessary to the security of a free State”; it is what helps ensure our freedom from a tyrannous government.

Criminals who are dead set on committing murders will find a way to get a gun regardless of laws or amendments. The real threat is the fact that our own government is armed to the teeth. The 2nd Amendment does not only regard one’s personal self-defense, but it speaks to the broader ability of the people to keep a potentially oppressive, out-of-control government and its standing army in check.

The perpetrator of this heinous crime in Connecticut was not following any gun laws when he shot 28 people today.

America is based on the 2nd Amendment. Our liberty and the ability to stay free of total government tyranny depends on it.

The hypocrisy in the wake of this shooting is reaching a crescendo. Calling for more senseless violence and murder will not bring these shooting victims back to life, neither will enacting stricter gun laws that shooters obviously do not follow when they commit these terrible crimes in the first place anyway. On the other side of the world, our government continues to drone strike “suspected militants” in the Middle East nearly every week, killing any innocent women and children who happen to be near a strike zone and they have been doing it for years now; where is the outcry for their mass deaths at the hands of the Obama Administration?

The silence is deafening. 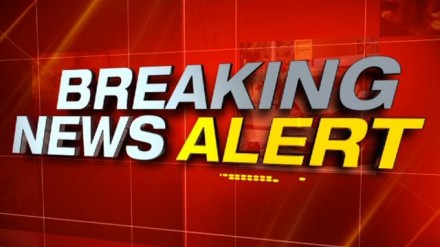