The murder of Mollie Tibbetts by an illegal alien should serve as a wake-up call to those on left who still think open borders and illegal immigration is somehow a good idea.

Here are three things Americans need to know about this tragedy:

First: The illegal who murdered Mollie Tibbetts should NEVER have been in this country. 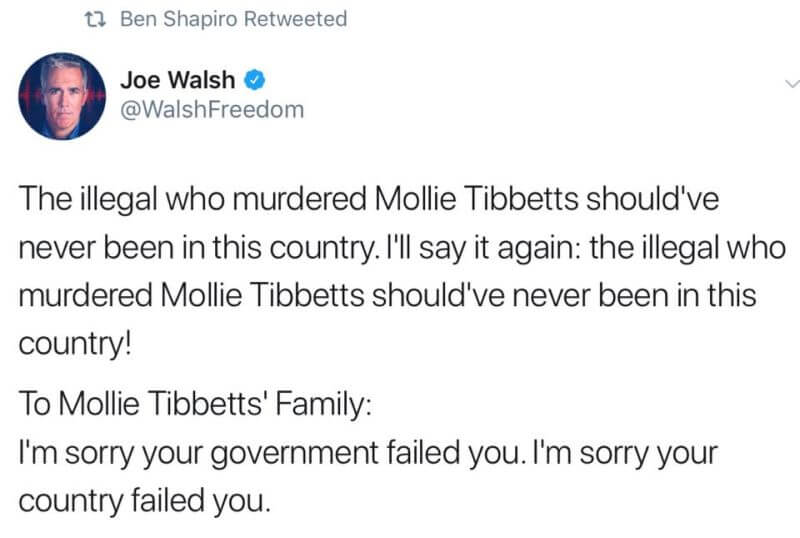 Second: How many more Americans are Democrats willing to sacrifice to win elections and further their nefarious goals? 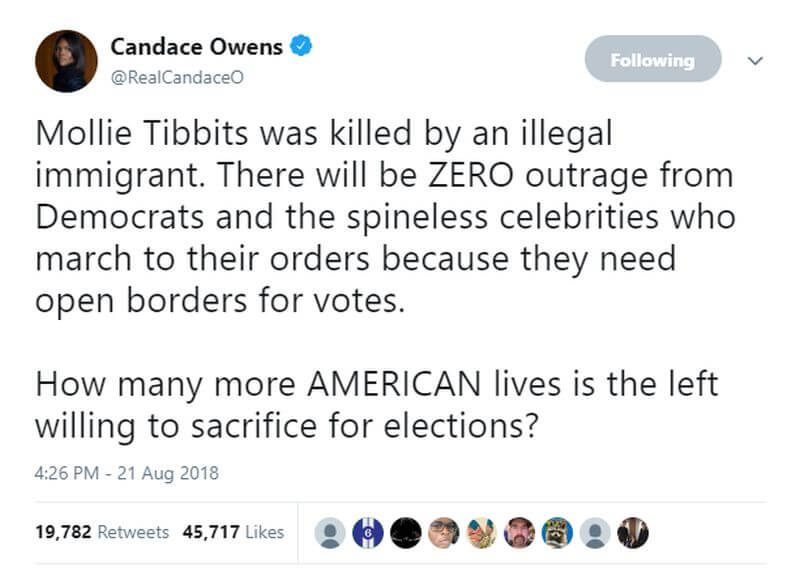 Third: Anyone who votes for a Democrat is voting for the continuation of policies that make America less safe. 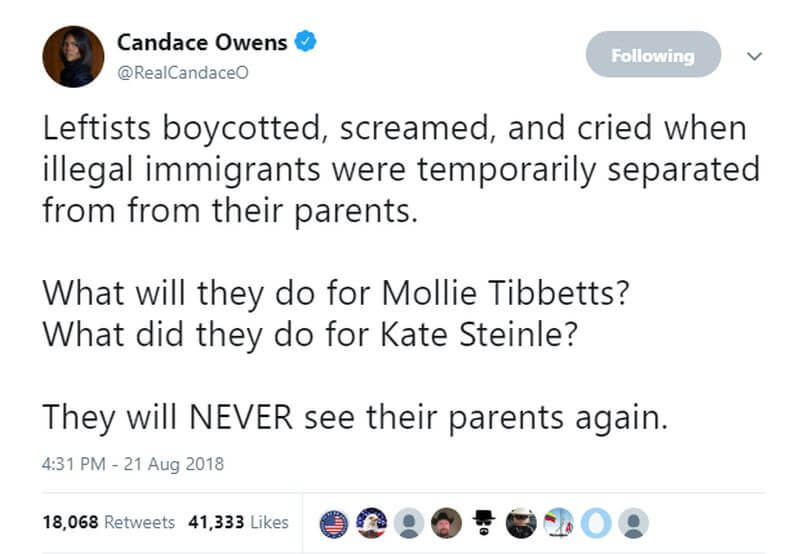 Think carefully about the kind of America you want for your children and grandchildren when you vote this November.

Here’s more on this sad story:

A Mexican national illegally residing in the U.S. has been charged with first degree murder in the disappearance and death of Iowa college student Mollie Tibbetts, officials said at a press conference at Poweshiek County Sheriff’s Office in Iowa Tuesday afternoon.

Christian Bahena Rivera, 24, was charged with murder. He had resided in the area for four to seven years, officials said. He led investigators to the body’s location after confirming that he interacted with her while she was running and she felt threatened by him. Rivera said he “blacked out” at some point during their interaction, officials said.

Her body was found covered with corn stalks in a farm field near the small rural town of Brooklyn, Iowa.

Officials said surveillance footage of a black SUV cruising around the area where she was last seen led them to the suspect.

“On Aug. 21, ICE lodged a detainer with the Poweshiek County Sheriff’s Office on Christian Bahena-Rivera, 24, an illegal alien from Mexico, after he was arrested on murder charges,” Immigrations and Customs Enforcement said in a statement to The Daily Caller News Foundation via email Tuesday.

Rivera is the only suspect facing murder charges in the case.

In the 34 days since her disappearance, investigators interviewed nearly 1,500 people and tried to get clues from Mollie Tibbetts’ social media accounts and Fitbit device, reported The Washington Post Tuesday.

Mollie Tibbetts was a rising sophomore studying psychology at the University of Iowa in Iowa City. She enjoyed reading and public speaking and was a member of the Catholic Church, reported the Des Moines Register. 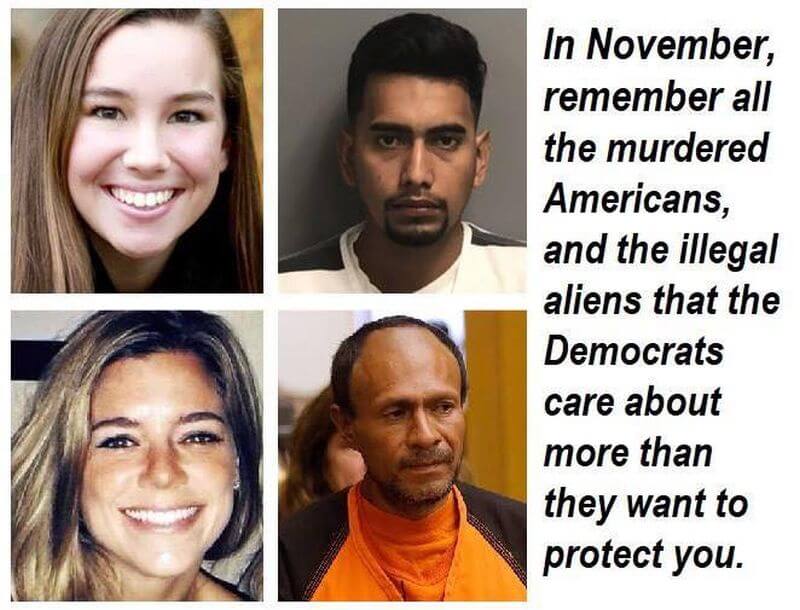 Remember, voting for Democrats is voting for more lawlessness, mayhem and murder.

Facebook has greatly reduced the distribution of our stories in our readers’ newsfeeds and is instead promoting mainstream media sources. When you share to your friends, however, you greatly help distribute our content. Please take a moment and consider sharing this article with your friends and family. Thank you.